Well it has been a long time between posts. We have had school holidays for the past two weeks and with being away and having the kids around, unfortunately blogging has taken a back seat. I have still managed to fit in lots of card making though, so I have a lot to share over the next few weeks.

My baby boy Sam turned 4 years old yesterday, it doesn't seem that long ago since he was a baby. We have had 5 days of birthday celebrations for him with various friends and family members, so he has been pretty spoiled. He asked me to make him a construction cake for daycare on Wednesday, and this is the cake I made him. 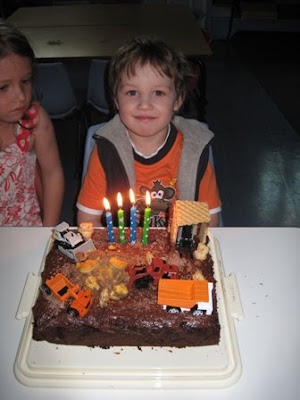 It has some matchbox construction vehicles and a whole lot of crunchie rubble all over it, with tiny teddy biscuits scattered around as workers. Everyone at daycare loved it - except the poor teachers who had to clean up the mess after the kids had eaten it!

Sam has been monster truck mad for a while now, so I decided to try and make him a monster truck birthday card. This is what I came up with ... 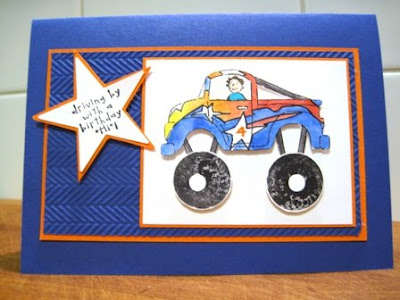 I used the ute from loads of love and coloured it the same as one of his favourite trucks, Sudden Impact. I used the wheels from the truck in my by land stamp set and then added some extra bars down to them and on the tray of the ute. I stamped the sentiment and cut it out with my new star punch. 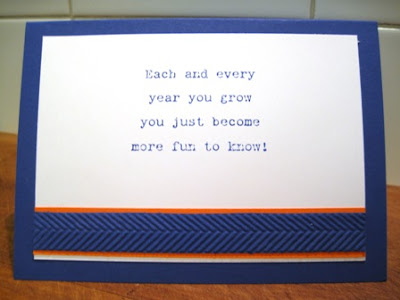 He was so excited that I had made him a monster truck card, and I was very excited when he actually recognised that it was supposed to be Sudden Impact! Obviously my drawing skills aren't as bad as I thought they were!

I have a birthday card for one of Jess' friends to share with you next time, but until then...

Stamps: Loads of love, by land (r), it's your birthday(r)

Labels: By Land, It's your Birthday, Loads of Love

My name is Nicky and I am an independent Stampin' Up! demonstrator living in the beautiful inner west of Sydney. If you would like any information on my projects, to order products or book a workshop, please email me. 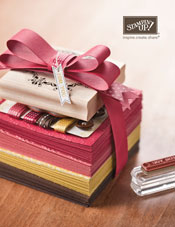 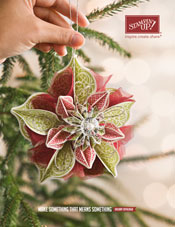 All stamped Images used are copyright Stampin' Up!® 1990-2009 unless otherwise stated.All content is the sole responsibility of Nicky Adamson, Independent Stampin' Up!® Demonstrator and the use of, and content of the classes, services, or products offered on this website are not endorsed by Stampin' Up!